The digitalization of public administration services is well underway in Germany. By 2022, the aim is not only to be able to apply online for any government service, but to make the process user-friendly as well. From a technical standpoint, this requires first and foremost better connectivity between the IT systems at the national, state and local levels. In order to implement the portal principle for instance, which is the goal of providing citizens and companies access to all services from a single starting point - or portal – the corresponding state and national portals have to be linked via interfaces.

The issue is that the affected IT systems are not only numerous, but highly heterogeneous. Apart from the application portals at the national and state level, this coordination also requires integrating large cities such as Munich and small communities such as Treuchtlingen. That makes collaboration between the players a challenge and calls for the involvement of FITKO, an organization at the federal level that is tasked with coordinating and advancing the digitalization of government services.

One way to coordinate heterogeneous players is with the platform approach. Platforms such as AirBnB and Wikipedia for example, are designed to coordinate the supply and demand of overnight accommodations and knowledge.  The underlying principles of these platforms – openness, participation, co-creation and the leverage effect – can also be useful in coordinating the digitalization of government services.

Within the KoGaap project, fortiss has been commissioned by FITKO to analyze and develop activities and measures suitable for coordinating the linking of the various government service IT systems in Germany. The results, which stem from an analysis of scientific literature, a workshop and interviews with experts who have first-hand experience, will be published as a short-term study. 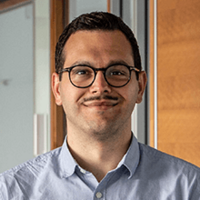