A framework for behaviour modelling and development of autonomous vehicles

One of the major challenges in the development of autonomous systems is guaranteeing dependable and safe behavior when humans are involved. With BARK, developers can systematically create a broad spectrum of behavior models.

Understanding the impact of applying faulty behavior models in autonomous systems calls for a systematic approach. The BARK software platform (Behavior BenchmARK) addresses this challenge by enabling the modular and systematic development of behavior planning components for autonomous systems, with a focus on autonomous driving applications. The BARK-developed behavior models can be used for planning, prediction and simulation. The platform supports the utilization of both conventional and modern artificial intelligence methods.

BARK is developed under the OpenSource Software WITH license. The current version and further information is available at Bark-Core GitHub. 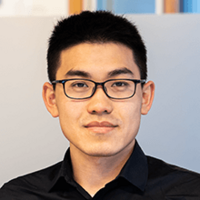