Early stages of development of software-intensive systems – often simply labelled as Requirements Engineering (RE) - are a critical determinant for software quality. At the same time, many projects still suffer from insufficient RE. One third of software development errors are estimated to have their origin in RE and one third of these errors are known to lead to project failures.

In a world pervaded by software and where the majority of our daily routines are supported – if not dominated – by software-intensive systems, excellence in RE becomes key. It is understood that the various influences in industrial practices, surrounding development processes, and tools render standardization efforts of RE approaches cumbersome; yet, much of today’s research in RE still relies on conventional and often purely academic wisdom and proposes universal one-size-fits all approaches. Closing this gap between theory and practice is in scope of the Requirements Engineering research division where we aim at moving from a traditional RE with universal solutions to a next generation RE to accommodate the needs to today’s software development projects.

We concentrate on practically relevant RE research to reproducibly improve the quality in a volatile, data-dominated, and human-centric Requirements Engineering. To this end, our research is driven by continuous experimentation, development, evaluation, and technology transfer.

Our research has special emphasis on collaborations with the relevant industries and focuses on four larger (interrelated) thematic areas: 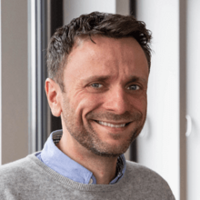