Controlling robotic agents within real world scenarios has been a long standing problem in control theory, especially as the conditions and environments within which the agents operate change through time. Nonlinear adaptive control methods promise to overcome the limitation of non-adaptive controllers by taking into account multi-sensory feedback into their own control methods. However the controllers themselves are limited by their computational speed -as robotic control needs to be as close to real time as possible- and by their energy consumption requirements.

A promising alternative to the limits of existing hardware used to control robots is neuromorphic hardware, which offers the possibility to run complex adaptive control algorithms in a computationally and energy efficient manner. Such algorithms are already explored in the literature, but they had to be adapted to Spiking Neural Networks (SNN) in order to make use of the corresponding hardware. These types of controllers needed to be first optimized and ran on a simulation, and then ported on a real robot with a neuromorphic controller powering it’s virtual brain.

In this completed project within the Intel Neuromorphic Research Community we investigated the Loihi neuromorphic chip for the hardware control of a swimming snake-like robot. The scope was limited to simulation in Gazebo and the Neurorobotics Platform (NRP).

This one year project has completed with successful results and has met its goals, namely:

Comparing between the spiking and the original non-spiking methods has been done numerically (see publication). Though, this has not been done experimentally by explicitly have two instances of the simulated robot controlled by these two methods because it does not add more value than the numerical comparison and the work overhead is not justified.

Intel and the Intel logo are trademarks of Intel Corporation in the U.S. and other countries. 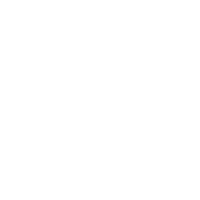