With new innovative architecture for Electric Autos and advent of Self Driving cars, the fusion of data, both from internal vehicle sensors and external infrastructure sensors, is increasingly playing an important role in modern transportation systems. However, in most current systems, the design and development of certain services is possible only if the necessary data paths are fully known beforehand.

This creates a huge bottleneck, and prevents the flexible adaptation and expansion to new services.

A standard architecture with a modular construction and component layout would enable a fast and inexpensive reconfiguration of data fusion paths without the need of high technical expertise.

The goal of SADA project is to facilitate the addition and removal of data fusion paths in systems while keeping the human intervention at minimum. SADA provides easy adaptation in autonomous systems, like cars and robots using various sensors, to utilize the available data sources and hence enabling a true "plug & play".

SADA Project will research and develop an architectural prototype of ICT platform that will support "plug & play" of sensor data fusion. The ICT platform will be supported by a modelling tool for faster construction and modification of complex multi-sensor data fusion systems. Additionally a demonstrator will be constructed which will show the reconfiguration of the new systems at run time. 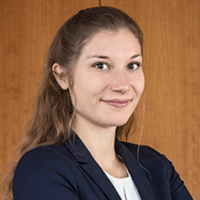